Wherein we explain what the frock we were thinking when we tweeted that:

On the way back from the Fillmore Farmer's Market today, I spied — and nearly ran over — a busted Master Lock. Even mangled and missing its hook, looking like it had been chewed and spat out by a Master robot, the signature silver lines and blue band identified it from 10 feet away. I felt a tweet coming on.

Because I do not have the technology to snap a pic and email it from my phone, I was unable to photograph the lock where it lay, in the street. So I leaned down from my bike and took it in hand. How heavy! This padlock had put up a fight to keep something secure. But now that thing had become unchained. Free...

The topic of freedom came up last night at Urban Dharma SF, adding another layer to the story.

Here is how it all came together:

About that chain you put around my heart: It's in the middle of Turk Street. I told you to set me free. #vss 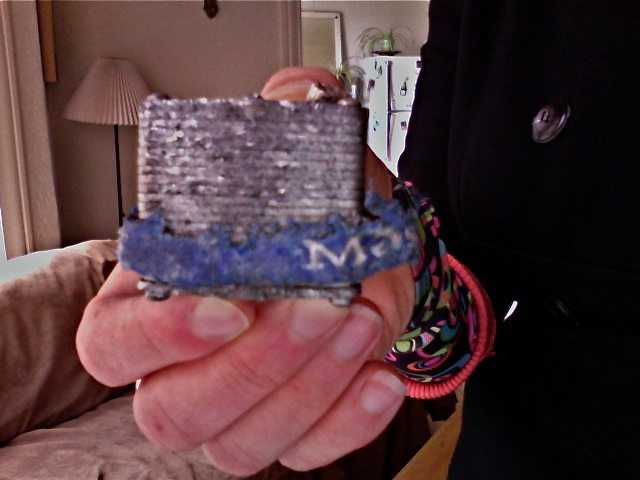 Post-posting thoughts: This is more true to the real lyrics than most Covers pieces. Word-wise, I would have preferred "wrapped" to "put," but I was too close on the character count.